Sugar Chagonda, who is in charge of Public Relations for Zimbabwe Tourism and his currently traveling with the Zimbabwe Minister of Tourism Dr.Engr Walter Mzembi posted this paragraph to his Facebook. He heard His Excellency, Mr Mohamed Yehia Rashed, the minister of tourism for Egypt saying: “I must congratulate Dr Mzembi for his dexterity and charm that saw him winning the hearts and minds of the Egyptians. I feel humbled to be part of his winning Tourism team”.

The Egyptian minister apparently mentioned this yesterday during a meeting with his counterpart from Zimbabwe.

Mzembi has been traveling the globe in his bid to become the highest leader in world tourism. The Zimbabwe Minister of Tourism, Walter Mzembi, who is working to secure the post of Secretary General of the United Nations World Tourism Organization (UNWTO) received yet another further boost when he recently received the full backing of the Egyptian Foreign Minister, Hon. Sameh Shoukry.

Egyptian Minister Shoukry assured Minister Mzembi of his support, emphasizing that as a committed member of the African Union, Egypt was bound by the unanimous decision taken by African Heads of State and Government at the recent AU Summit in Kigali, Rwanda, to endorse him (Minister Mzembi) as Africa’s candidate for the top UNWTO post.

“Egypt is committed and bound by the AU resolutions, particularly on the candidature of Dr. Mzembi. We want to assure him of our support,” said the Egyptian Minister of Foreign Affairs. 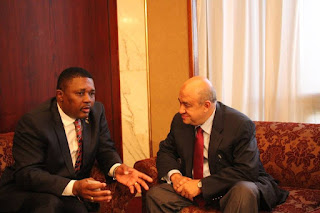 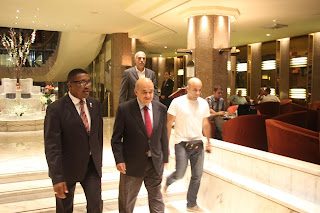 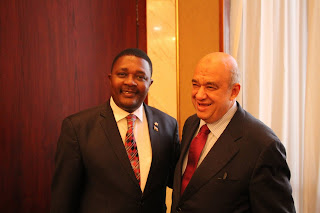 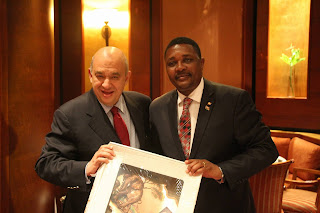 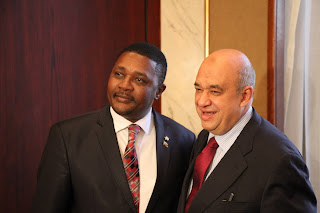 Minister Mzembi also met with Dr. Moushira Khattab, Egypt’s former Minister of Family and Population and now the country’s candidate for the post of Director General of the United Nations Educational, Scientific and Cultural Organization (UNESCO).

Dr. Khattab’s candidature for the top UNESCO post was also unanimously endorsed by the African Union at the recent Kigali Summit.

The two African candidates held detailed discussions yesterday on the evident synergy and potential for close coordination between UNWTO and UNESCO in terms of bringing people together; promoting deeper understanding and awareness between and among different cultures; and how, working more closely together, the two organizations could contribute more positively towards bridging divisions between peoples and nations.

The two candidates agreed to maintain close and regular contact with regard to the conduct of their respective campaigns and to work assiduously in support of each other as aspiring African candidates to positions of leadership within the broad United Nations family.

Egypt sits in both the African Union (AU) and the Arab League, hence its influence on countries on both sides of the divide. Currently, she is the chair of the UNWTO Executive Council which is expected to seat as a nomination court to receive candidatures from member states interested in fielding their nationals as candidate for the post of UNWTO Secretary General at its 104th meeting slated for October 28 to November 2, 2016, in Luxor, Egypt.

Minister Mzembi is due to leave Cairo on Saturday for Tunisia which, like Egypt, is a member of the Executive Council of the UNWTO. It is the 32-member Executive Council which, at its meeting in Madrid, Spain, in May, 2017, will elect the next Secretary General of the organization.
The current UNWTO Secretary General, Dr. Taleb Rifai, a Jordanian national, is due to stand down from the post at the end of 2017.

If elected, Minister Mzembi will take up his post of Secretary General of the UNWTO at the organization’s headquarters in Madrid, Spain, in January, 2018.